Large purple flowers create a plant which makes an impact wherever it is seen.  Clump forming and lots of vigour.  Bred by Hugh Nunn.

Early flowering May to July. Height: up to 25cm

Roscoea ‘Harvington Royale’ is an early flowering hybrid bred by Hugh Nunn. Its large purple flowers create a plant that makes an impact wherever it is seen. It is clump-forming with lots of vigour and flowers and is similar to Roscoea ‘Harvington Evening Star’ but earlier to flower.

I received the parcel. The plants [roscoea] are beautiful and well packed. Many thanks. 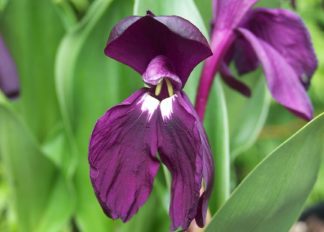